Migrate test levels to improve the long term sustainability of your test suite.

A common complaint with teams that first try their hand at automated testing, is that it is hard, costly, and not worth the effort. On the other hand, supporters say that it saves them time. In this post, we’ll try to add some nuance to the discussion. We’ll take a look at how different levels of automated testing affect the cost of development, both in the short and the long term, for both greenfield and brownfield projects. Finally, we’ll look at a simple strategy for introducing tests and migrating them across test levels, in order to reduce maintenance costs.

Coming up with universal definitions of types of tests, is hard. There are many styles, and different authors choose different categorizations. For the scope of this post, we will simplify to three levels.

System and integration tests do not require you to adapt your system’s design in order to be testable. The difficulty with good unit tests, is that they require good software design to be useful. Because of this, unit tests are more costly than system and integration tests. To learn system testing, all you need to learn is the tools and the process. To learn unit testing, you need to learn design at the same time. This frustrates developers who are new to unit testing. The method appears not to work for them, because they’re trying to learn unit testing without learning better design.

When discussing the cost of a method, we need to separate the cost of the learning from the cost of actually applying the method. Once you’ve learned something, you can transfer this knowledge and reuse it.

A number of metrics affect the cost of a test.

When do these metrics matter?

When you are introducing a first test, we have a specific goal: we want to add a new feature, or we want to assert an existing behavior. We focus on one test at a time. The execution speed is usually not that important. Even if it takes ten seconds, that’s still short enough to get the benefit of fast feedback. We run the test in isolation, so it only breaks because of direct changes. Fragility won’t show up until much later. And finally, as we have just written the test, understandability is not a factor yet either.

The impact of these metrics increases dramatically the more tests you have. The cost you pay in order to keep the tests fast, green, and understandable, is affecting overall development effort. You could ignore the tests, but then you lose all the benefits they bring.

Is it a new project, or an existing codebase? That is our final factor for looking at the cost of tests. In our experience, in a greenfield project, the cost of introducing tests at any level (unit, integration, system), is equivalent.

Being able to introduce tests cheaply at any level, is great, but there’s a hidden risk. People new to automated testing, might be inclined to put too much focus on system and integration tests. As we discussed earlier, those levels are easier to learn, and, by consequence, more popular. Over time, system and integration tests become costlier: they are slower, harder to read, and they are brittle. These forces accumulate, leading to technical debt in the tests.

To counter the growing costs, Mike Cohn proposed the Test Pyramid. The idea is that the majority of your tests should be unit tests, with less focus on the higher levels. 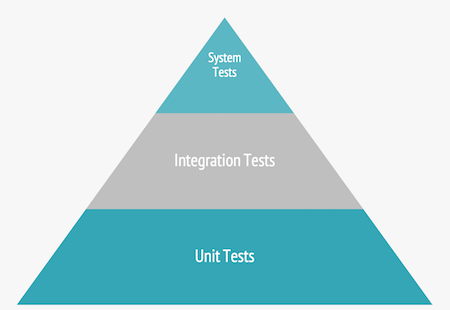 In greenfield, advice like “write more unit tests” is easy to follow. Ignoring that advice creates the sort of technical debt we usually associate with brownfield projects. Those have a very different kind of test economy. Unit tests are very difficult in legacy code: unless you’re extremely lucky, the project is big ball of mud, with huge blocks of code and nothing even remotely resembling a unit that you can test in isolation. You’ll naturally resort to high level testing. That is often the only option.

The Test Pyramid is a static model of an ideal end goal. In the real world, when dealing with legacy, we advise to migrate tests from top to bottom.

For brownfield, it’s perfectly fine to introduce tests at the level you are most comfortable with, and that suits the codebase at hand. But high level tests should be seen as a first step. An inverted pyramid is unbalanced, but you can use the system tests to put pressure on the test suite. We can call this test level migration: as the system tests give you more confidence to change things in your code base, you use this to add more low level tests. 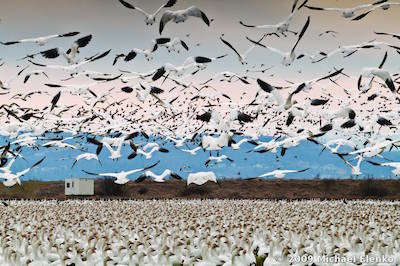 After a while, more behaviour is covered with low-level tests. Now you can remove the high level tests, especially those where the maintenance cost is greater than the value they provide. (Yes, it’s ok to delete tests.) The balance shifts to the base of the pyramid.

Migrating tests can be done gradually. The first step is to drop your system tests to the level of the integration tests. Use the same integration points, such as databases, and other services. The tests still might break a lot, but at least they don’t break because of changes in the high level components such as the GUI or HTTP API. The next step would be to isolate integration points and cover the bulk of the system behaviour with actual unit tests.

Our process for introducing and evolving tests in a brownfield project looks like this: 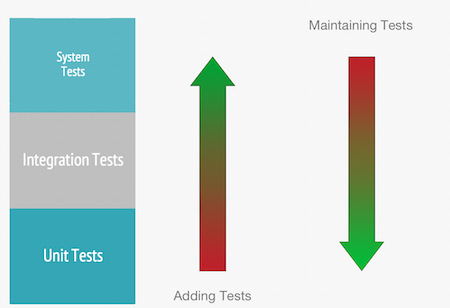 This is the essence of the Test Pyramid: when you write only high level tests, you take on technical debt. Sometimes this is necessary, but as soon as you have debt, the clock is ticking. Interest accumulates, and it becomes harder to remedy the situation. That’s why putting pressure on your test suite to migrate test levels, pays of in the long run.

The choice of tests to migrate, is important. You can use the metrics of execution speed, readability, and maintainability, to identify tests in dire need of migration. Another heuristic is asking whether the test is at its natural lowest possible level. For example, when a test is exercising the whole system in order to test a single unit of business logic, it is clear that this test is unnecessary costly, and should be migrated to the level of a unit test. Leave the system tests in place that verify if the system as a whole is working, and use unit tests to fix the most important permutations of the expected behavior.

For projects with a long life expectancy, investing in your test suite is well worth it. Proper automated testing is a careful balance. Quickly introduce tests when you need them, and build a comprehensive, fast, and reliable test suite in the long run. We hope this post can give you some ammunition to win your team to this idea.