Differentiating between informational, interrogatory, and imperative messages, and keeping them nicely separated.

By Mathias Verraes
Published on 09 January 2015


A message is a unit of communication between systems. There are three flavours of messages: informational, interrogatory, and imperative.

Imperative messages represent the sender’s intention. They instruct the receiver to perform an action or make a change. Do this, change that. We can model these messages as Commands. More on that in a later post.

Interrogatory messages ask the system about it’s current state, or usually a subset of that state. You know them as Queries. If you’ve done any web programming, you’ve written Queries as:

If you’ve ever talked to an SQL database, you’ve written Queries as:

If you’ve done any Object-Oriented Programming, you know that everything is an object, and so is a Query

If you’re into Domain-Driven Design, you look for the Ubiquitous Language, you dig into the domain, and you make the implicit explicit. We can make a Query message that communicates its purpose (Intention-Revealing Interfaces)

This is what is meant by Intention Revealing Interfaces in the blue book. The name LuckyPupilsWhoDontNeedTheirParentsToSignTheirReportsAnymore is obviously exaggerated to make a point. You’ll have to admit that at least now, you’ve learned something about the domain that was tricky to infer from the previous examples. 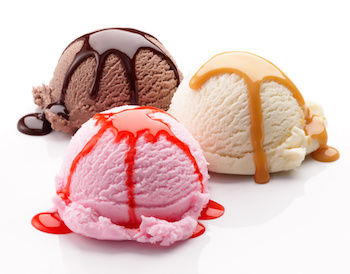 Informational messages are sent by a system that wants to communicate something about itself to the outside world. It does this not to achieve a goal (as with imperative messages) or to learn about another system’s state (interrogatory). It provides this service for the benefit of other systems. It’s the altruistic pattern of the distributed world! (It does however have some sort of contract with it’s receivers.) It can notify an interested party directly, or through publish/subscribe (the subscribers are not hardcoded, creating better decoupling), or through broadcasting (“This is my message and I don’t care who hears it!”).

If the temperature changes at 08:00 and stays stable until 17:00, we have a bit of a problem. If I subscribe at 09:00, I have to wait 8 hours before I know the state. I can query the thermometer (interrogatory message), but this complicates both the sender and the receiver. The sender can resend the last event to any new subscribers, but that still means our thermometer needs to be stateful.

More realistically (disclaimer: I’ve never actually interfaced with a thermometer, so I don’t know), the thermometer is pretty dumb and simply communicates its current measurement every second:

Given this categorisation, it follows from the Single Responsibility Principle that: